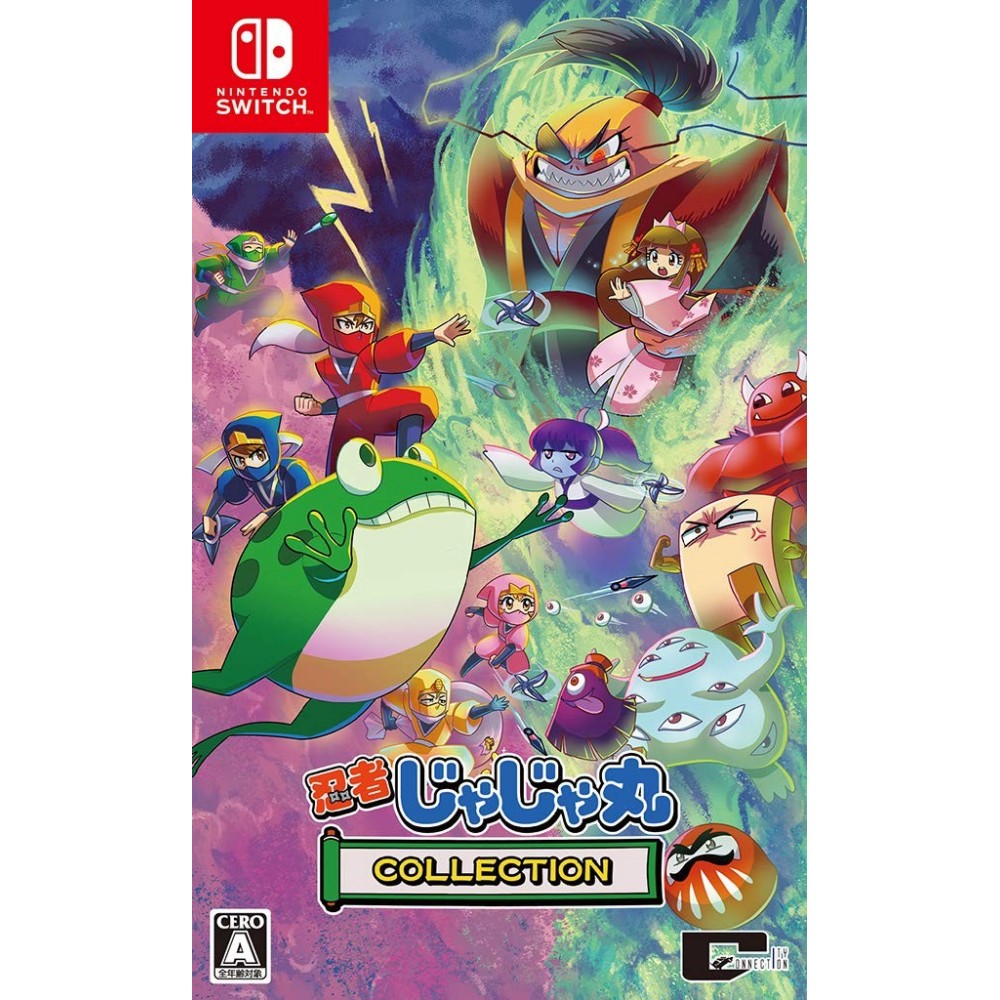 Jajamaru no Daibouken (1986, Famicom)
Another game in the Ninja Jajamaru-kun series. Players once again take control of the little red ninja Jajamaru as he attempts to rescue Princess Sakura from the evil clutches of the Catfish Pirate and his minions.

Jajamaru Gekimaden: Maboroshi no Kinmajou(1990, Famicom)
Players control the protagonist character through towns, dungeons, and a world map; each different type of map features top-down exploration. When moving through a dungeon, the protagonist will gradually recover health; the protagonist can equip different types of weapons and items that he can buy or find and use them during combat. Dungeons are made up of several rooms with enemies inside. Occasionally, an enemy will drop money when defeated, which can be used to buy items or heal health points at an inn.

Ninja Jajamaru: Ginga Daisakusen(1991, Famicom)
Users can play either as Jajamaru or Sakurahime. Ninja Jajamaru: Ginga Daisakusen is somewhat of a departure from previous 8-bit entries in that it draws some design elements from other contemporary platformers creating a different feel when compared to older games. Character sprites are bigger and more cartoonish. Players jump on top of enemies to defeat them. A myriad of powerups can be found inside of blocks scattered across each level. A new status bar on the bottom of the screen displays various information such as remaining lives, currently active powerups, etc. In certain levels, pipes can be used to access sub-areas.

Ninja Jajamaru: The Great Yokai Battle (New)
JaJaMaru and friends will face against the largest yo-kai army invasion in history! There are more than 20 playable characters with various abilities, including returning yokai from the series plus the newly debuting JaJaMaru family and more. By collecting the “Golden Beads” and “Souls” that drop from defeated enemies, you can unlock new playable characters. There is also support for single-screen local two-player multiplayer.