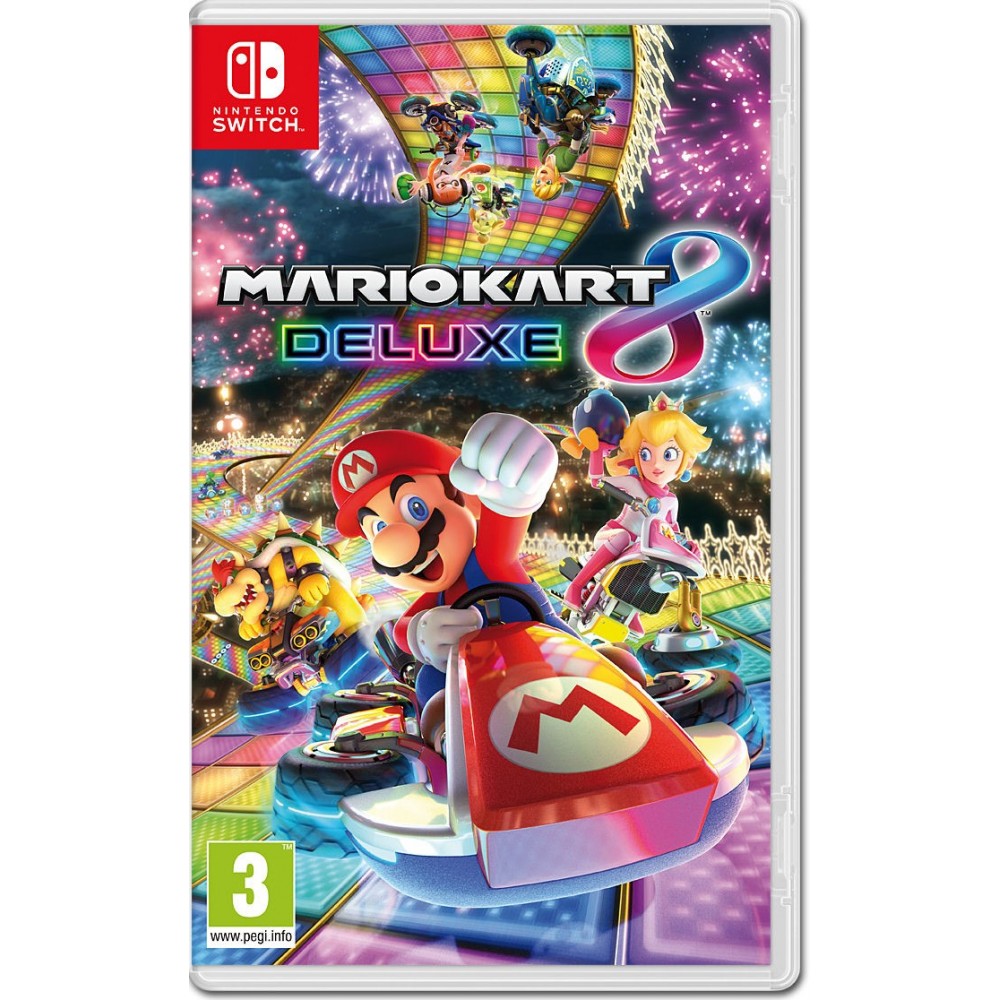 With Nintendo Switch, fans can race in the definitive version of "Mario Kart 8" whenever and wherever they want - even with up to eight friends in local multiplayer mode. "Mario Kart 8 Deluxe" includes all tracks and characters from the Wii U version as well as all the tracks and characters previously only available as downloadable content. In addition, a few new characters in the driving fun to enter: the Inkling boy and the Inkling girl from Splatoon, King Buu Huu, bone dry and Bowser Jr.! In addition, the battle mode has been revised and can now also come up with balloon battle and Bob-omb-litter, with new routes such as Dekabahnstation and fighting arena and recurring routes such as Luigi's Mansion from Mario Kart: Double Dash !! for the Nintendo GameCube and Battle Course 1 from Super Mario Kart for the Super Nintendo Entertainment System.

If an item has never been enough, you can now look forward to having two items at the same time. Also new items from previous titles in the series are on hand, such as Buu Huu, who steals items, and the pen, which allows for particularly high jumps in battle. Another novelty should be particularly happy beginners: The so-called smart control makes it much easier to stay while driving on the road. So children can prove themselves in 200 cc races.